Scanners with a new X-ray system are developed for molecular scans. The X-ray system has been developed in close cooperation between YXLON International A/S and DIS.

In connection with the development of a new X-ray based scanner, which scans materials based on their molecular structure, YXLON, who mainly produce industrial X-ray products, had received an order for a new X-ray system. DIS has contributed to this with electronics, regulations and software skills.

Usually, YXLON supplies X-ray systems with a radiation of 40x60 degrees, but for this task a new X-ray system has been developed, which has been optimized for use with a line detector capable of scanning two-meter-wide devices.

- The scanner can for example be used to scan for explosives and drugs in containers. The molecular signatures are known, but in order to make the molecular definitions there are some extreme requirements for our systems, especially in terms of precision and reproducibility. We have to be able to do measurements with completely different accuracies in order to apply the data information to the different materials, which was the essence of this project. Says Lars Sigvard Madsen, R&D Director at YXLON.

Utilizing computer power and control systems
DIS has previously provided YXLON with mechanical assistance, for this development task DIS has contributed with essential resources within electronics, regulations and software and have in cooperation with YXLON been responsible for the development and integration of X-ray control systems, the development of a parametric model for photon energy based on sensor feedback, review and improvement of the existing measurement chain and data processing for the X-ray system. DIS has also supported with prototype management, climate testing and PCB development.

- We have taken an existing system and on a number of parameters upgraded it and worked on achieving a completely different performance from the X-ray equipment and utilized the computer power and control systems. The challenge has been to make the technology work and to get the precision in place; here it has been great to draw on DIS’ highly competent knowledge, says Lars who mentions that YXLON will deliver the X-ray systems to the customer during September.

YXLON develop, produce and sell transportable and mobile X-ray equipment for industries that require non-invasive testing. The products include both standard and specialized X-ray devices, proprietary IT software and hardware and customer-specific X-ray systems. YXLON’s products are used in all industries where there is a need for inspection of, for example, concealed joints, welding, molded components or foreign objects in among other food, pipelines or quality control during companies’ manufacturing processes. www.yxlon-portables.com. 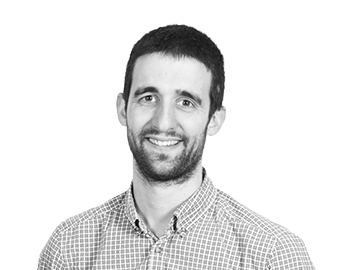