AGCO, one of the world's largest manufacturers of agricultural machinery, is on the market with the IDEAL Massey Ferguson Combine Harvester - a machine with the latest innovative and highly efficient harvesting technology. DIS has been technical lead in developing and testing the cleaning system.

Last time AGCO built a brand-new combine harvester was in the late 80's, but they have now announced their biggest development project ever, with a budget of over $200 million – The IDEAL Massey Ferguson / Fendt Combine Harvester. A development project that includes almost all engineering disciplines.

Typically, development is done on existing machines, but the IDEAL Massey Ferguson / Fendt is a brand-new combine harvester with 100 percent new content using knowledge and different concepts from previous models.

- The machines we have previously produced have been adapted to local conditions. However, what works well in Europe does not necessarily work well in North America. With IDEAL, we wanted to develop a machine with a common platform with an option to be built and produced at our production locations in Italy, the US and Brazil, and with the ability to be used in all countries, says Morten Bilde, Development Director of AGCO's Development Department in Randers.

Development divided into modules
The development of the combine harvester was divided into 12 modules, where the department in Randers was responsible for the heart of the machine; the processor and the cleaning system, where all the threshing, separating and cleaning of the crop takes place. DIS was technical lead on the development of the cleaning system, and responsible for the delivery of the technical solutions and coordination between the engineers in the departments in Denmark, Italy, Germany, Slovakia and South America.

In the development of the cleaning system there was a strong focus on cost and weight, where the choice of materials became an important element. In this connection, a brand-new plastic blower was developed, which is far more efficient than the former steel blower.

AGCO rely on the ability to test the functions in practice as it is difficult to calculate and simulate the effect of different designs. DIS was also responsible for the development and test work in the AGCO test lab.

- It has taken almost five years to develop the combine harvester and it has been a process with many challenges. It has been important to us to have had such close cooperation with DIS throughout the process and that we have been able to draw on their knowledge within new technologies, says Morten Bilde, who has announced IDEAL to be the world's most technological combine harvester.

The new combine harvester has already received great acknowledgments such as "Machine of the Year" and "The Innovation Award" at the Agritechnica Exhibition in Hannover, Germany, and the first models with the largest built-in grain tanks capacity in the European market, the fastest draining speed and the largest threshing range have already been put into use.

AGCO, headquartered in Atlanta USA, is one of the world's largest full-line producers of agricultural machinery. AGCO cover a variety of brands including Massey Fergusson, Fendt, Valtra, Challenger, GSI, Cimbria and others. AGCO A/S in Randers, Denmark, is AGCO’s Center for Research and Advanced Engineering within harvesting products. 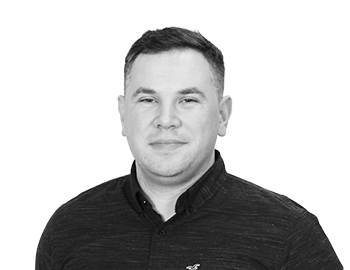